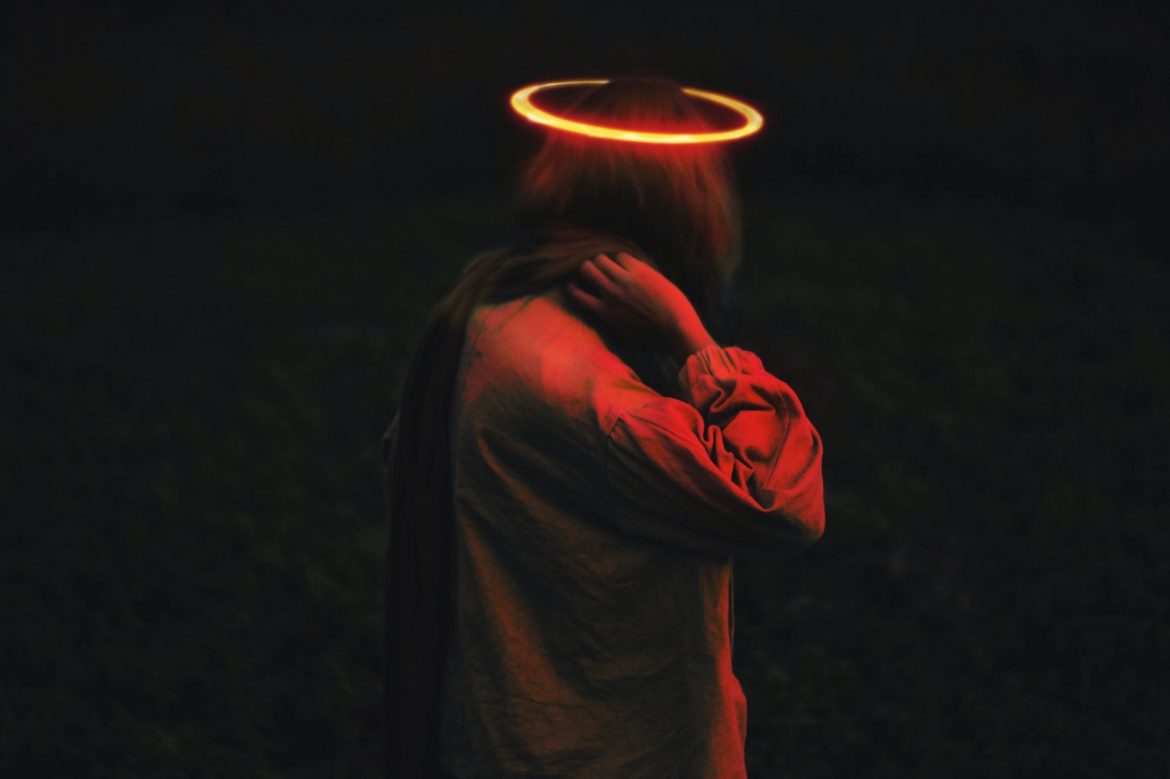 What is the halo or horn effect and how does it affect workplace culture?

Is this common mind trap impacting your progress at work?

There have been countless studies on first impressions, most likely because we can’t stop agonising over them after we’ve met someone we want to impress for the first time. While some research will tell you that people make their minds up about you within the first 12 seconds, and others will point to your appearance as the source of the impression you give, the general consensus is that, regardless of how they are formed, they do count – but maybe they count too much…

The ‘halo or horn effect’ refers to when a first impression leads someone to have a biased negative or positive opinion of someone – a bias that would then lead them to overlook any actions or characteristics that might prove otherwise. The concept has its origins in the work of 1920s American psychologist Edward Thorndike. In an experiment, Thorndike asked commanding officers to rate the physique, intelligence, leadership, and character traits of soldiers, before having any interactions with them. What he saw was that when the officer gave a soldier a high rating in one category, they tended to also give them high ratings in the others, too. He named this the ‘halo effect’. On the flip side, Thorndike went on to find this pattern was also true when it came to negative characteristics: the ‘horn effect’.

Now, while the theory may be a century old, if we take some time to ruminate on it, many of us may be able to point to examples in our own lives where snap judgements have left a lasting impression, both good and bad – regardless of any countering evidence. And, like the scenario in Thorndike’s original experiments, one place this kind of thinking is rife is in the workplace.

One person might become the star, a regular employee of the month, any slip-ups easily glossed over, while opportunities flow towards them and treatment from higher-ups is favourable, to say the least. It could be said that this person is the recipient of the ‘halo effect’. On the flip side, the other might have made a mistake, such as turning up late one day. Their negative traits have been decided: they’re lazy and unreliable. When it comes to distributing important tasks, or those which would aid career progression, they’re overlooked – perhaps in favour of those in the ‘halo effect’.

And it’s not too difficult to understand how this happens in the first place. When we don’t have all the information about a person or a scenario, our brains automatically try to fill in the gaps using the information that is in front of us. One virtuous act in isolation can lead us to apply the same standards to all parts of a person – it’s easy to make the jump when there’s nothing else trying to catch your attention. But a major problem with making these judgements is that they’re superficial. It’s exactly those countering clues that come together to form the complex people that we are. We don’t live in a black-and-white world where people can be categorised as either ‘good’ or ‘bad’.

If what you’ve been reading here is striking a chord, and you think you might be stuck in the ‘horn effect’, know that you’re not trapped in a hopeless scenario, and there are a number of steps that you can take to challenge those initial impressions, as well as work on your own mindset when it comes to the relationships that you have with others.

Anji McGrandles is a workplace mental wellbeing expert, and founder of The Mind Tribe, and she suggests starting by facing your feelings. “Use the opportunity to get some perspective. Bad first impressions are common, and not the end of the world – we can’t be all things to all people, and it’s important to recognise that,” she explains.

This is a good time to consider the relationship that you have with yourself. When we feel secure within ourselves, and are confident in the choices that we make and the people that we are, other people’s reactions don’t have such a harsh impact on us. That said, in a working environment, that can only carry you so far before you need to consider addressing it.

“If you are caught up in a negative interaction don’t be afraid to acknowledge it and take action to change it,” Anji says. “For example, if you are in a meeting and it’s not going well, rather than let it escalate, address it and make an effort to improve the situation.

“If you want to change someone’s opinion, then interact more with them so they can see more of your positive traits. Get to know them more, and over time they will experience more consistent positive interactions, which can influence their impression of you,” Anji continues.

As uncomfortable as it may be, most of us can probably recall a time when we’ve made the same judgements about other people, finding first impressions hard to let go of once we’ve categorised the person. In our personal lives, this can halt relationships from developing in a healthy way – either because we’ve written someone off, or we’re overlooking red flags in someone’s behaviour. But, when it comes to the workplace, the high stakes mean that we can affect others’ progression, and their happiness in their roles.

“Recognising that we do this is a big step in challenging this behaviour,” Anji says. “Screening job applications is a good starting point, as the ‘halo and horn effect’ is prevalent during the recruitment process.

“Remember, different personalities bring with them fresh perspectives and experiences that make work more creative and interesting, so focus on individuals’ skills and the role they can play within the workplace, rather than things like their appearance.”

Anji also points out that, often, our impressions and opinions can be influenced by our moods, so it’s always worth checking in with yourself to consider whether you might have felt the same way had the first meeting been on another day. For example, if you’ve rushed into work having just missed your bus, got caught in the rain as you walked from the bus stop, and sat down only to realise you left your lunch at home, it would be fair to say you may not be in the most favourable mood.

“Think ‘big picture’ when it comes to making decisions or taking action,” Anji suggests. “It’s important to be fair in the workplace – if you are reviewing a team member or selecting someone for a job, then focus on the facts. Ahead of meetings or decision-making, put together a list of neutral objective questions that will help you reach your goal.

“Don’t be afraid to bring in a colleague to give you a different/neutral perspective on important workplace decisions. We all have bad days, so keep an open mind and give people a second chance.”

At the end of the day, if Thorndike’s research is to be followed, making snap judgements is just something that we humans do. But with awareness and care, we can make choices to minimise the effects and, when it comes to the workplace, create an accepting, forgiving, and welcoming environment for all.