Finally, Some Time to Not Relax

Then imagine how bored you’ll be. Lying in the blazing sun on the beach, you’ll be stuck in your head with plenty of time to think about your problems. To your surprise, you might start feeling lonely and bored—even restless—with all this free time. The truth is, when it comes to vacation, rest and relaxation aren’t just overrated. They might even work against the very things a trip is meant to cultivate: a mental reset, a sense of relaxation, happiness. A better vacation is one in which vigorous exercise features prominently. That way, you can take a break not just from work and routine life but also from the tyranny of self-absorption.

Recently, a close friend and his wife invited my husband and me to join them on a cycling vacation. I was a bit nervous; I’m a serious swimmer but not an experienced cyclist. Riding 30 to 40 miles a day through Vancouver’s impressive hills for five days sounded like hard work, not pleasure. But by the end of our first day of riding, I was overtaken by euphoric calm.

[Read: Plan ahead. Don’t post. And seven other rules for a happy vacation].

The work of managing hills by bike has a special way of commanding your attention. I was so busy thinking about whether I could hold my pace for the next rise and how fast I could go downhill without wiping out that I had no time to think about myself. I started looking forward to getting up early and hitting the road. I took in the mountains and forests, dense with cedar and fir, but my focus was really on the bike and the road.

The wandering mind, which is often self-absorbed, is generally not a happy one. In one study, researchers randomly pinged people on their smart devices during the day to ask them what they were doing and how they felt. The team found that the participants were happiest when they were involved in an activity and not thinking much about anything else, and least happy when they were daydreaming and preoccupied with their own thoughts. Such mind-wandering was at least somewhat frequent in all activities reported except sex. In another study, subjects who remained physically busy were happier than those who were inactive, even when they were forced into being busy.

When we are really engaged in activities, we have less opportunity to worry and feel bad. That might be because focusing on a task temporarily quiets the default network, a set of interconnected brain regions that is most active when a person is self-focused, thinking about the past or imagining the future. The default network is deactivated when people focus on the outside world—and, intriguingly, when they use psychedelics. In other words, when our full attention is taken up by something outside of ourselves, we are freed from the uncomfortable burden of self-awareness.

[Read: The reason our minds wander]

Scientists can’t brain-image people in motion, but it’s a good bet that exercise quiets the default network. To some extent, other absorbing activities, such as doing math puzzles or knitting, might suffice too. Ditto cooking and painting. But I think none has the unique effect of physical exertion, which not only suspends self-absorption but triggers biological effects—such as the release of endorphins—that bring about a sense of well-being and, if we’re lucky, rapture. Exercise gives us a sense of accomplishment and mastery, tires us out, and improves our sleep in a way that reading, listening to a podcast, and enjoying music don’t.

In fairness to the rest-and-relaxation lobby, some introspection is indeed good for you, and being able to tolerate idleness and boredom is a sign of psychological strength. I’m a clinical psychiatrist, and I know well that self-understanding is a cherished goal of therapy. But too much self-examination doesn’t make you happier or more enlightened. Besides, vacation is not the time to work on that skill. You can incorporate moments of idleness into your daily life if you want to get better at sitting with yourself, but vacation is a time for feeling good and escaping responsibilities, including the ones to yourself. Accordingly, you should do what makes you feel good, and that’s activity, not idleness.

This advice might sound heretical coming from a shrink, but in fact, it’s informed by my experience with patients. I spend a lot of time trying to get depressed and anxious people to stop their unproductive navel-gazing and engage with the outside world and other people. One former patient who was determined to have a relaxing vacation in Italy rented a villa, sat around the pool with a pile of books all day, and promptly descended into a state of anxious misery. When he emailed me about his predicament, I told him to get up and go hiking with his wife every day. He returned from his trip two weeks later having barely read a book, but very relaxed and happy. He’d spent nearly all his time outside, hiking and eating.

The psychological benefits of exertion don’t apply just to vacations; they’re for everyone at any time. My father-in-law, an 86-year-old with a ferocious intellectual appetite, never seems so happy and vividly alive as he does after a brief spin around the neighborhood on his recumbent bike. But taking on a physical challenge during vacation is especially valuable. You are guaranteed to have a lot of downtime while you’re away, which is a lure for idleness, mind-wandering, and unhappiness—all of which can be remedied by exercise. You also have far more time for exertion during vacation than in regular life, so you can really get into the zone and enjoy yourself.

I don’t want you to think that the psychological benefits of an active vacation require you to travel far, buy fancy equipment, or put in Herculean effort. You don’t have to bike 40 miles a day or hike from sunrise to sundown. Perhaps you could try taking a long, vigorous walk each morning of your trip or commit to stretching for 30 minutes a day. All that matters is that your exertion exceeds your normal baseline physical activity enough to command your attention. Breathe hard enough that you can forget the mountain views around you or the cool ocean breeze, and you might just find that you’ll forget your worries too. 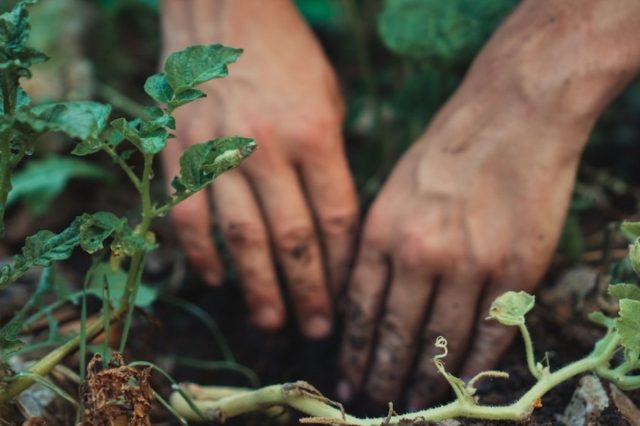